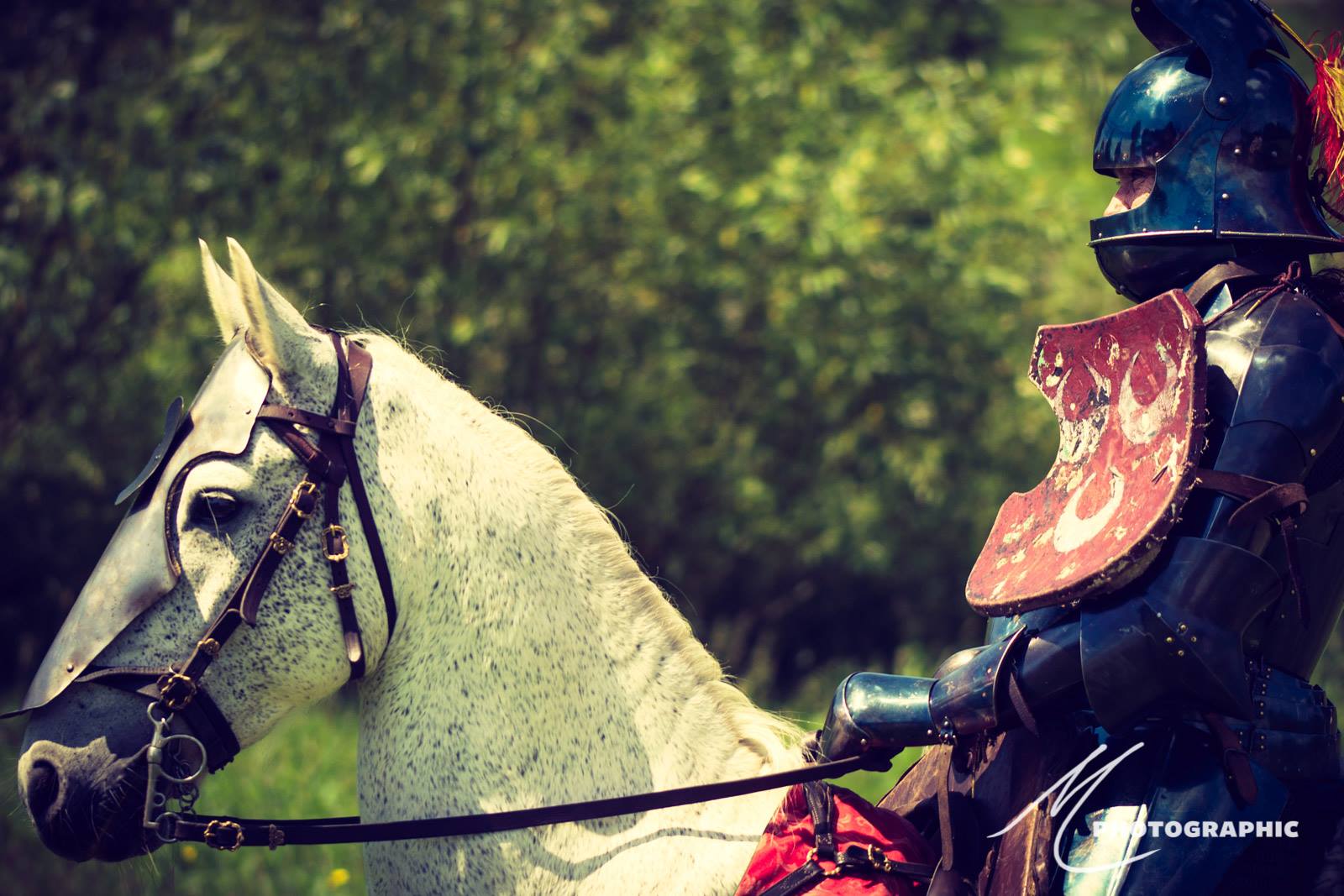 Charlemagne (Charlie) is a fearsome Spanish destrier, he is a British bred Lipizzaner  of the Siglavy line whose origins can be traced back to an Arab horse from Syria in 1810! Upon a recent trip, one of the Historic Equitation team found Charlie’s relatives in the Spanish School of Riding in Vienna, proving his bloodline is still of the highest quality.

Charlie is a former one-day Eventer with a naturally fearless attitude and the heart of a lion! He loves to please a crowd and is the most reliable of the horses, never letting a rider down.

He is extremely adaptive, and will take a range of riders, of various abilities through different activities, he can literally be given to anyone to ride!

Charlie only has a few dislikes, he isn’t fond of bouncy castles (but he will tolerate them) he doesn’t particularly like to have birds flown from a mounted rider (but he will, if he must) and he is the first one who wants to be stabled overnight when the winter comes!

Charlie has a lot of fun each year at English Heritage St George’s Day Festival at Wrest Park, where he goes into the arena on his own to face a fearsome fire breathing dragon which he must defeat.

Charlie was part of the main attraction at Mary Queen of Scotts Festival in Kinross in 2017 accompanied by Pericles. The pair had a long weekend on the village green (just opposite the pub) and enjoyed taking competitive jousting to Scotland for the first time in centuries! Read more here.